Have you ever asked yourself what are your personal covenants for writing? Do you require good grammar and perfect punctuation? Does the protagonist have to be likable? Do you want insight into the background of the characters? Must there be a happy ending? How do you feel about sequences of questions? Fragments and incomplete sentences?

I like to think that I'm flexible on all of the questions above and that I can get on board for almost any adventure as long as it's done well, but my favorite writing is about discovering and sharing truths. These truths may be universal or deeply personal. Existential or mundane. Whatever the specifics, my favorite writing reveals something often overlooked or unspoken.

Perhaps that’s why I count Bret Easton Ellis, Cormac McCarthy, and Hubert Selby, Jr., among my favorite authors. Each author looks at people of different classes and perhaps even generations to address struggles and pleasures alike that many of us may be unaware of.

Bret Easton Ellis's debut novel Less Than Zero showed me that being born into a life of excess can be a privilege and a misfortune. Such lifestyle can give a person access to exclusive places and people, but it can also keep a person from finding connection and sincerity in others. I am not suggesting that everyone of impressive means is shallow and superficial, but there are many reasons most us of never reach the levels of the rich and famous. Unusual accomplishments often require unusual sacrifices, and sometimes that means sacrificing yourself—your soul, your individuality, your humanity. While having money does solve money problems, it does not solve every problem.

Ask fans to describe the works of Hubert Selby, Jr., and you're likely to hear one word repeated: compassion. Selby often writes about the downtrods of society but does so in an effort to make his readers connect with and better understand his characters and subjects. Requiem For A Dream, which focuses on the hopes and struggles of addicts—and which was made into an awesome film with a chilling theme song —reminds us that people are not inherently bad simply because they go down a bad path. Neither of the story's four main characters has malice or ill will in his or her heart, yet they all found themselves going down paths they cannot correct. The road to Hell is paved with good intentions, after all.

In novels like The Road, the tale of the journey south taken by a young boy and his father after an unnamed catastrophe has struck the world, Cormac McCarthy also shows how little you need in order to tell truths as the father and son are never named at any point in the story. That method of storytelling is its own kind of truth as it focuses on only the essential elements. Such stories focus on the fundamentals and force readers to reflect on what truly matters.

In many ways my blog has become about truth insofar as my own personhood. Searching for and accepting certain truths have gone a long way in my own growth over the last few years. I’m on a constant search for more truths as I continue to examine myself and consider all the pieces that make me who I am and keep me from becoming whom I want to be.

I hope that my fiction contains similar truths. The last few bits of fiction I've written have turned out to be deeply personal in some way, which makes for writing that is both exciting and frightening—exciting because you're peeling back another layer of the onion of your individuality yet frightening for the same reasons.

And if I am ever able to complete a novel, I expect to find truths of a similar sort. The expected subject matter guarantees it. Write what you know, they say.

As far back as I can remember, I have been interested in the truths of the human experience. And I have finally reached a point where I feel I have at least some authority to contribute to the conversation. I now realize that truth is my artistic goal and struggle. 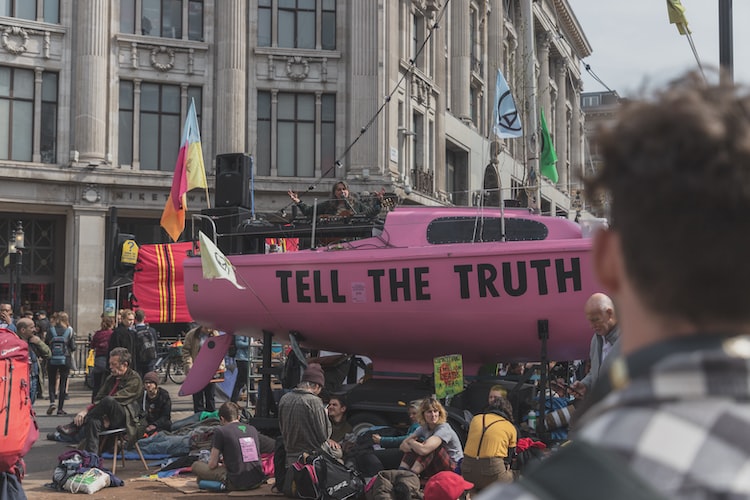 But what constitutes truth? The age old question repeats itself.

Journalism was once a discipline dedicated to the truth of facts yet these days it is often reduced to propaganda or clickbait headlines. Anyone who calls him or herself a journalist should define truth in the most conservative manner. The journalist's relationship with truth is one reason I switched out of journalism in college—I didn't want to write only facts for a living. I'm not professional enough to refrain from putting myself in my writing, but I can’t make it as cool as Hunter S. Thompson did. Can anyone?

I have always thought of truth as being mostly relative, which appears to increasingly be the case in 2020 when it seems as if a person can find a source to validate any claim. Perhaps this is why I prefer to focus on truths of the individual because almost anything can be true to someone on a personal level, depending on his experience and his exposure to the world around him and outside him.

Being honest can be difficult and scary. Anytime you're honest about anything you risk offending someone. But when it feels as if you're destined to offend someone no matter what you do, the case can be made that you should just go ahead and speak your truth.

And so in 2020, I find myself struggling to tell as much truth as I can afford to tell. I’m dipping my toes ever farther into the deep end, seeing just how far I’m willing to go. But I remain careful not to go too much further out at any point. I never was a great swimmer.